Here’s a particle demo that performs Verlet integration in the fragment shader and avoids any transfers to the GPU.

There are two passes:

There will be smarter ways of doing this in WebGL 2.0 so I thought I’d post this before it becomes passé. It smoothly handles a quarter-million particles with the lackluster Intel Iris GPU that’s in my 13” MacBook.

Here’s the sketch I made before coding this up: 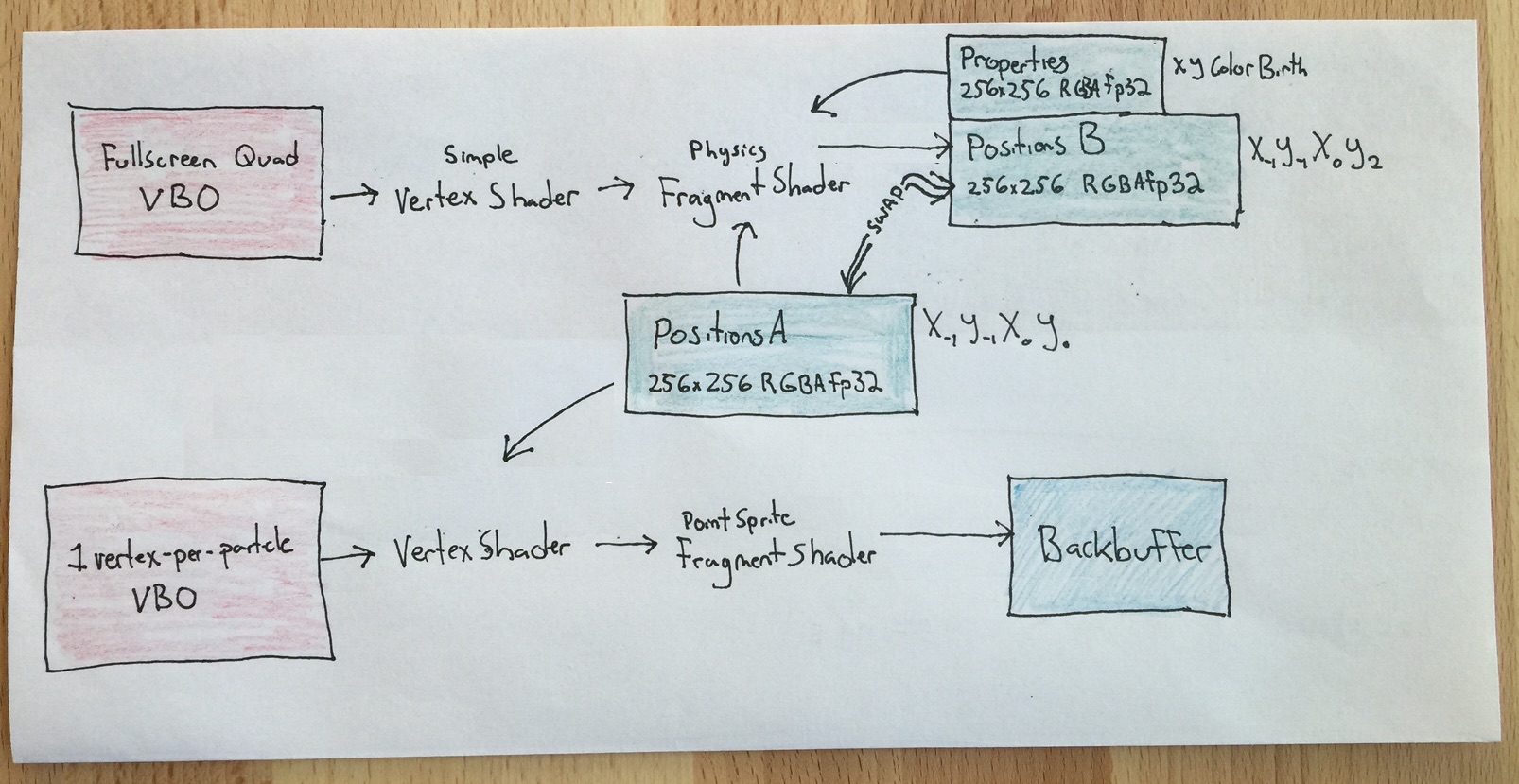 Incidentally, the following astrodynamics libraries look cool. They are quite different from typical physics engines, and might be fun to use for accurate simulation of orbital mechanics on the CPU.

Simplicity is a great virtue but it requires hard work to achieve it and education to appreciate it. And to make matters worse: complexity sells better. – Dijkstra